30jj or Bust: The World is My Underwire 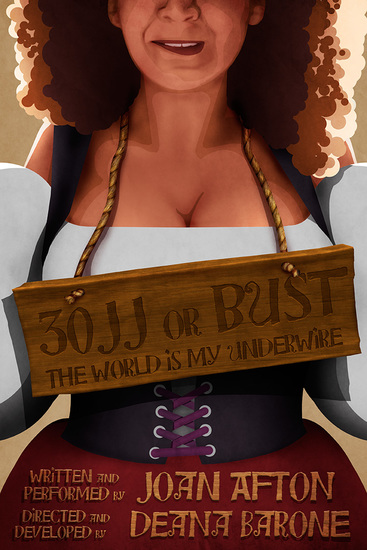 “Joan is so comfortable up there talking about something that has not been easy for us girls to come to terms with, long into our adulthood! With copious amounts of laughter and pathos, the audience “holds and supports” Ms. Afton as she gives us a peek on this journey into her troubles of growing up with a huge rack. Nothing was predictable, and I found myself laughing at poor Joan’s circumstances because of her colorful self-deprecating lexicon. A very satisfying, empowering ending.

I came because Deana Barone directed and Deana knows how to draw your story out!”
RASIKA MATHUR

“A passionate and poignant performance” 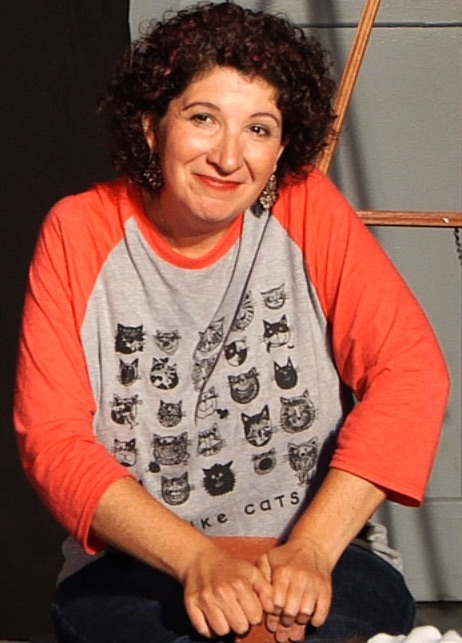 By Bob Leggett, Indie Voice
My day started off with 30JJ or Bust in Studio C of the Complex Theatre. The show was written and performed by Joan Afton and was developed and directed by Deana Barone. In a word, it was magnificent.

Kudos to Afton for having the courage to tell this very personal story, and to Barone for helping develop both the story and the performer and bring them both to the Fringe Experience. Our shared Renaissance Faire experience also contributed to my ability to connect to this show, and to Afton.

(30JJ or Bust) dealt with a subject that is really out in front, something that calls and hold your attention, something that … oh well, just pretend I’ve inserted all the gratuitous jokes about large breasts. Guys like to joke about large breasts; certainly, in Western society, they are what’s in for most people*. But for those that have them, dealing with them is no fun. A hot day like Saturday means you’re swimming in boob sweat. There are back problems, knee problems, self-esteem problems, … the list goes on and on. Anyone who thinks that large breasts are a blessing doesn’t have to live with them.
(*: as you are probably dying to ask: I’ll enjoy them whatever size they are, just keep ’em natural)

That, precisely, was the subject of our first show Saturday: “30JJ or Bust: The World is My Underwire“. The artist, Joan Afton (FB), shares her experiences living with “the girls” (use whatever term you want), framing the discussion with a call to her insurance company about getting breast reduction surgery — and the angst it creates when she thinks about changing something that is so much part of her identity.

During the show, Afton explores society’s relationship and view about breasts, as well as what large chested girls have to go through to deal with the chest. From learning how to camouflage and distract attention, to finding appropriate size bras and being measured properly, and exploring both the physical and emotions damage that large size breast can create. 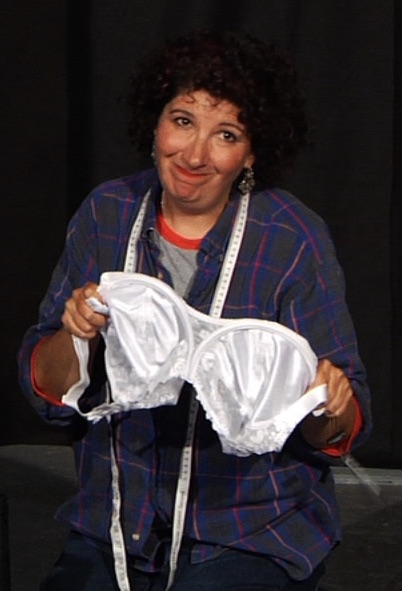 Now, I’m a guy, and I found the show quite enjoyable. I also found it interesting to hear and explore the reaction of the audience to the stories. I never found myself wondering when the show would be over, and found myself caught up in Afton’s story.

But I’m not the best judge. My wife was in a similar position to Afton: When we met, she was in a KK cup; she had reduction surgery many many years ago — and she’ll tell you it was the best decision she ever made. She absolutely loved this show: she said it captured the experience of every large breasted girl growing up. It captured the concerns that leads one to have surgery, and also captured the questions that go through one’s mind. She thought it was the best show we saw on Saturday.

So, if the boobs that are giving you the greatest problems in life are not your partner and your co-workers, but your large breasts; if you really want to get something off your chest… you should really see this show. It’s also great for those guys who either live with or want to live with someone with large breasts: you’ll discover that your fantasy does not trump your partner’s pain.

30JJ was directed by Deana Barone, who worked with Afton to help her transform her story into what you see on stage. Evidently, they are long-time friends, and that close relationship showed in how well the story presented itself. Barone has another show at the Hollywood Fringe Festival — MetaFam. She also hosted a workshop (well, it has just started) called Unleash Your Story, also at Fringe. 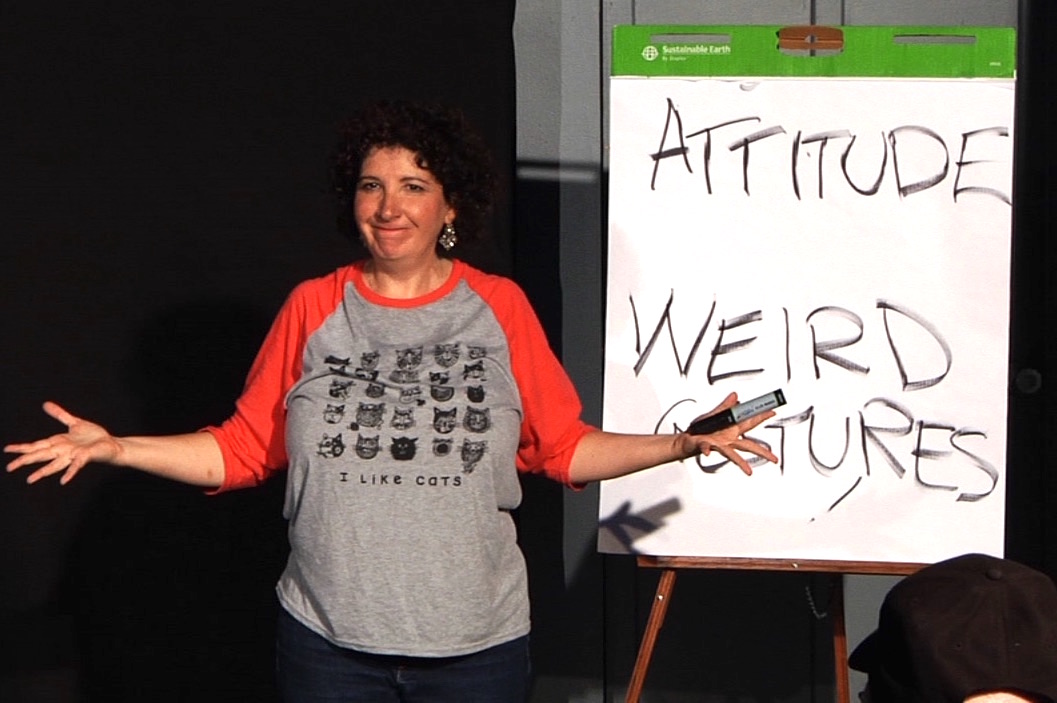 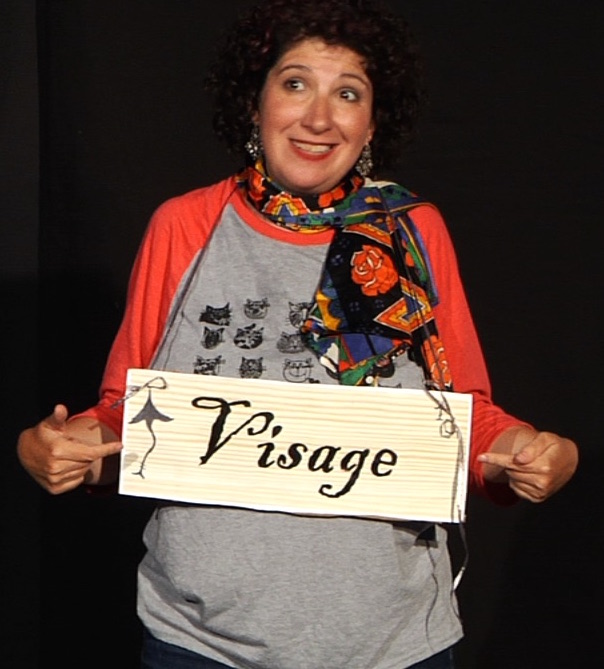 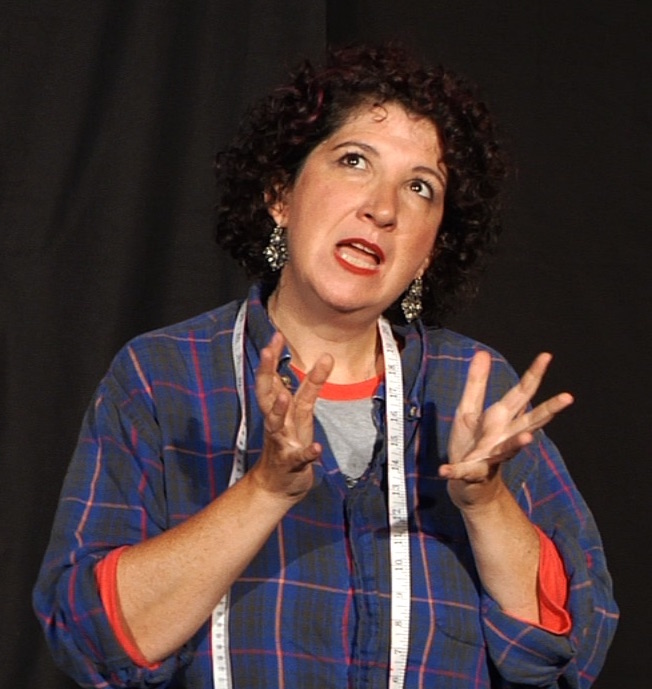 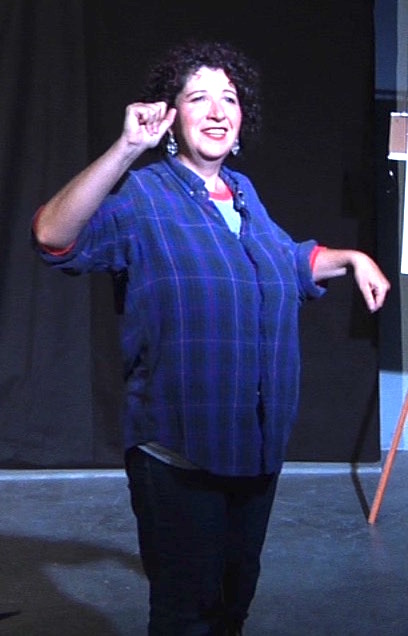 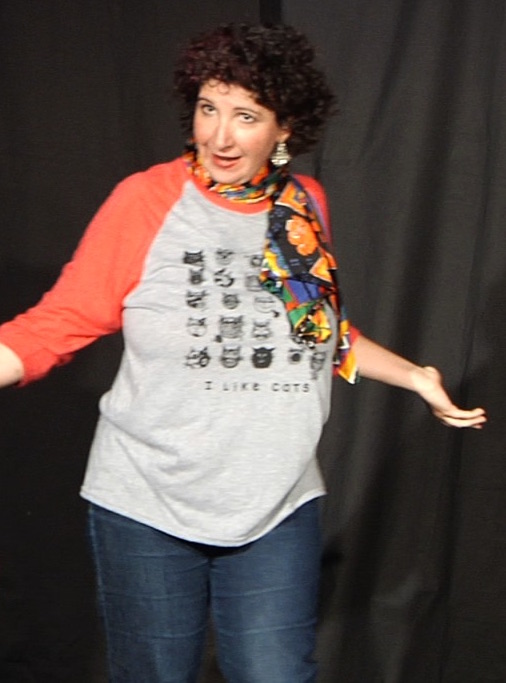 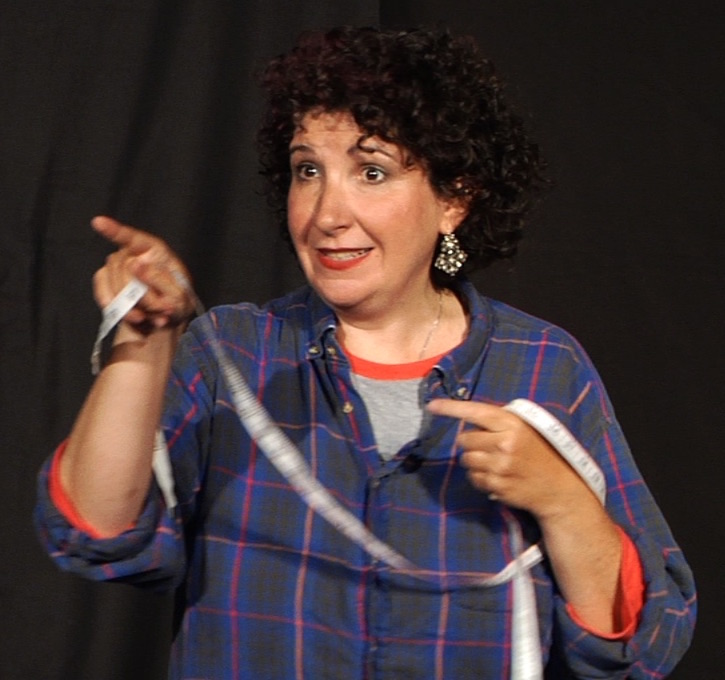 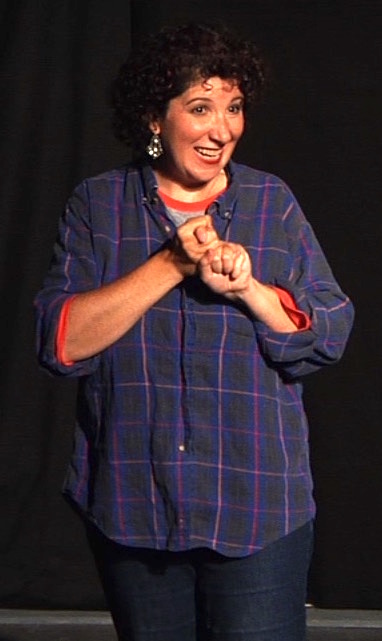